Shepherd Neame's Team Extreme raised more than £12,000 for charity by taking on the Isle of Wight Ultra Challenge earlier this month.

It was a particularly special achievement as this year marks the 10th anniversary of Team Extreme, a group of staff including Chief Executive Jonathan Neame, who tackle tough endurance challenges for charity.

A total of 18 members of staff signed up for the Isle of Wight Ultra Challenge on May 4 and 5: walking, jogging or running 106km around the island. In addition to the challenging length of the route, with over 1,960m of climb it is renowned for being tough on the legs. Three team members, including Jonathan Neame, took on the Full Challenge, with 14 taking on the Half Challenge of 54km, and one undertaking the Quarter Challenge of 26km.

The team has raised £12,443.93 so far, and donations are still being made. The money will be going to Shepherd Neame's Charity of the Year for 2018/19, the Silas Pullen Fund. It supports the Brain Tumour Charity in memory of 11-year-old Faversham schoolboy Silas, who died from an aggressive brain tumour in 2013. The Isle of Wight Ultra is one of a number of fundraising events and challenges undertaken by Shepherd Neame staff since the launch of the Charity of the Year partnership in September last year, which is on track to reach a fundraising goal of £20,000.

“We wanted to push ourselves with a particularly tough challenge to mark the 10th anniversary of Team Extreme, and the Isle of Wight Ultra certainly provided that! It was a very demanding but rewarding experience, and we all enjoyed ourselves immensely. On behalf of the team, I would like to thank all those who have given so generously and helped us raise a significant amount of money for a very worthy cause.”

If you would like to make a donation to Team Extreme, please visit the JustGiving page. Any support you are able to give will be gratefully received.

For more information about Shepherd Neame’s Charity of the Year, visit the Sheps Giving website. 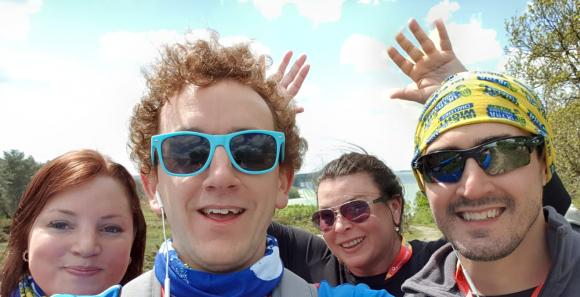 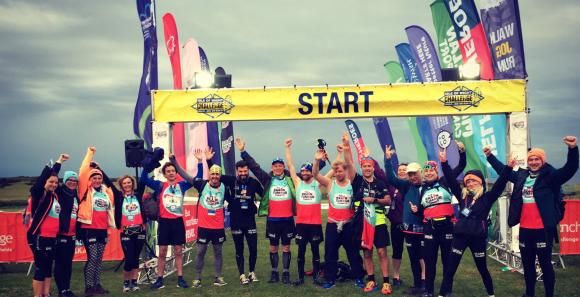