Pier Five in Chatham Maritime, will mark its second birthday next month with a charity shuffleboard tournament.

The all-day event is taking place on Sunday, July 28. Teams are asked to register from 12 noon, before the shuffleboard matches start at 1pm.

Shuffleboard is an ancient game that involves shoving a weight, sometimes called a puck, along a wooden surface and into a scoring zone. Teams can consist of between two and four players.

After an afternoon of matches, the top two teams will play each other in a grand final at 7.30pm.

The pub is also holding a fundraising raffle which will be drawn at 6.30pm, with a host of fantastic prizes on offer including a hotel stay for two at the Ship and Trades, also in Chatham Maritime.

The cost of registration is £10 per team and all proceeds from the event will go to Shepherd Neame’s Charity of The Year the Silas Pullen Fund in aid of the Brain Tumour Charity.

The charity was set up in the memory of Faversham schoolboy Silas Pullen, who died from an aggressive brain tumour in 2013. 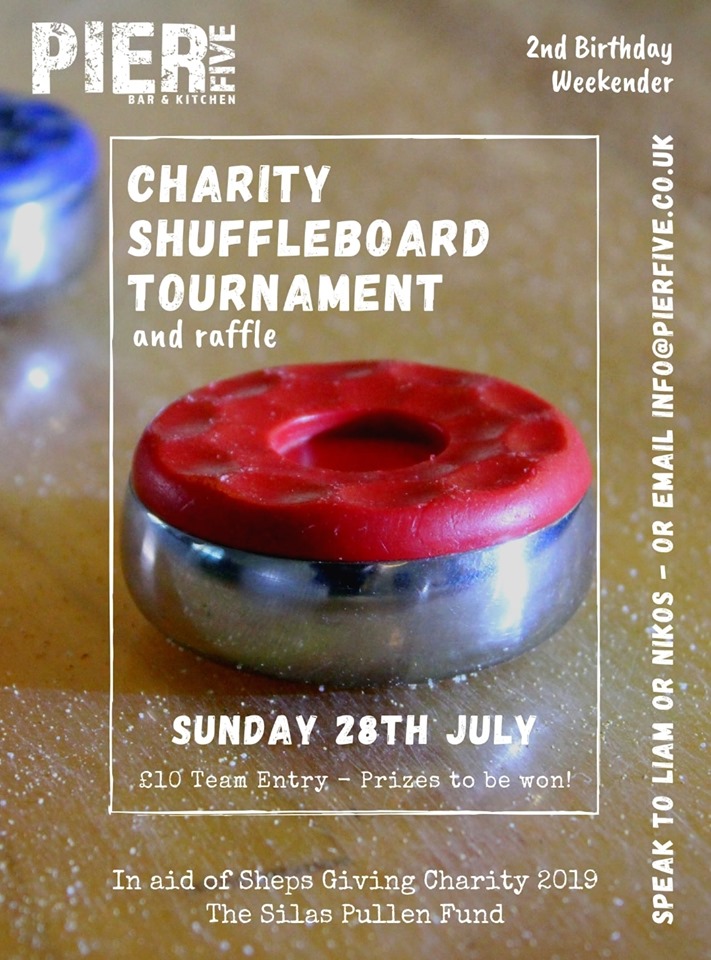