The Faversham brewery has witnessed much over the centuries including the temporary incarceration of King James II, but the appearance of a polar bear is to say the least unprecedented.

The bear, known as Paula, was met by curious staff last Friday on the medieval street that forms the heart of the brewery, where obligingly she posed for selfies, before making her way around to reception.

As the day was unreasonably hot, she then ambled through the marketplace, causing much local excitement, to Shepherd Neame pub The Bear Inn for refreshments.

Paula, is in fact a life-size and spookily real puppet, currently appearing at the Turner Contemporary in Margate as part of the exhibition Animals and Us. Shepherd Neame was instrumental in securing Paula’s presence at the exhibition through a crowd-funding scheme.

She was created by Greenpeace as a means of drawing attention to the risk posed to the habitat of the polar bear arising from climate change. 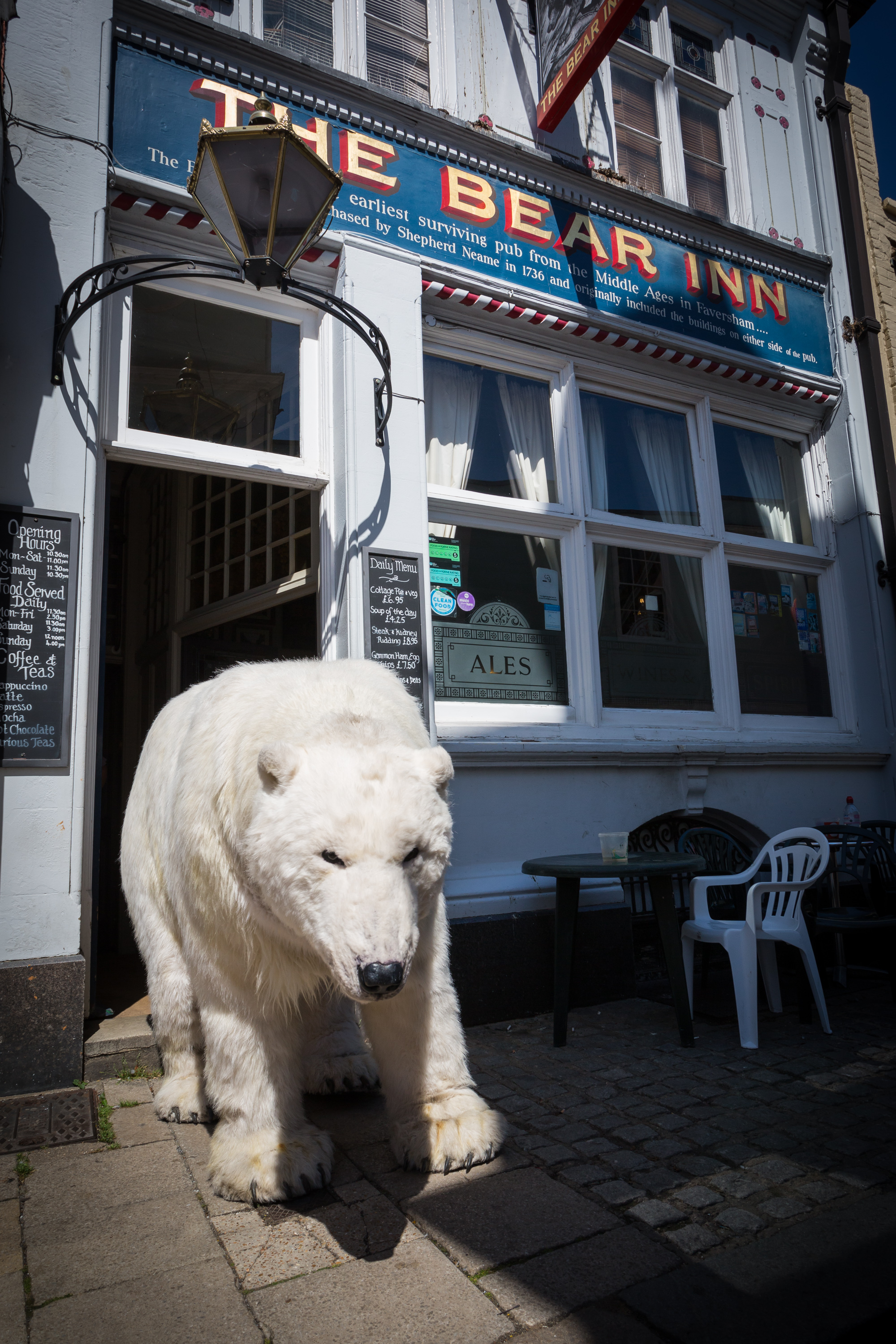