Britain’s oldest brewer has pledged a six-figure sum over five years to the Kent club, who will be aiming for promotion when the 2019/20 season kicks-off on August 3.

The new deal will considerably increase Shepherd Neame’s presence at United’s Gallagher Stadium in the County Town. The brewery will be advertised on three perimeter boards around the pitch, and the clubhouse will continue to be named the Spitfire Lounge after Shepherd Neame’s iconic beer range of the same name.

“We are delighted to continue our relationship with Maidstone United. We have been impressed with their commitment to the community, to their fans and to the development of the Gallagher Stadium, which is now one of the most impressive in the area. We wish them luck this season and hope for more success on the pitch.”

"When Oliver [Ash] and I took over in 2010, Shepherd Neame were one of the first companies to buy into our vision of bringing the football club home. They've been with us every step of the way and I am delighted our successful partnership will continue through and beyond the 10th anniversary of the club's homecoming."

Maidstone United get their new league season underway on August 3 with a home game against Weymouth. 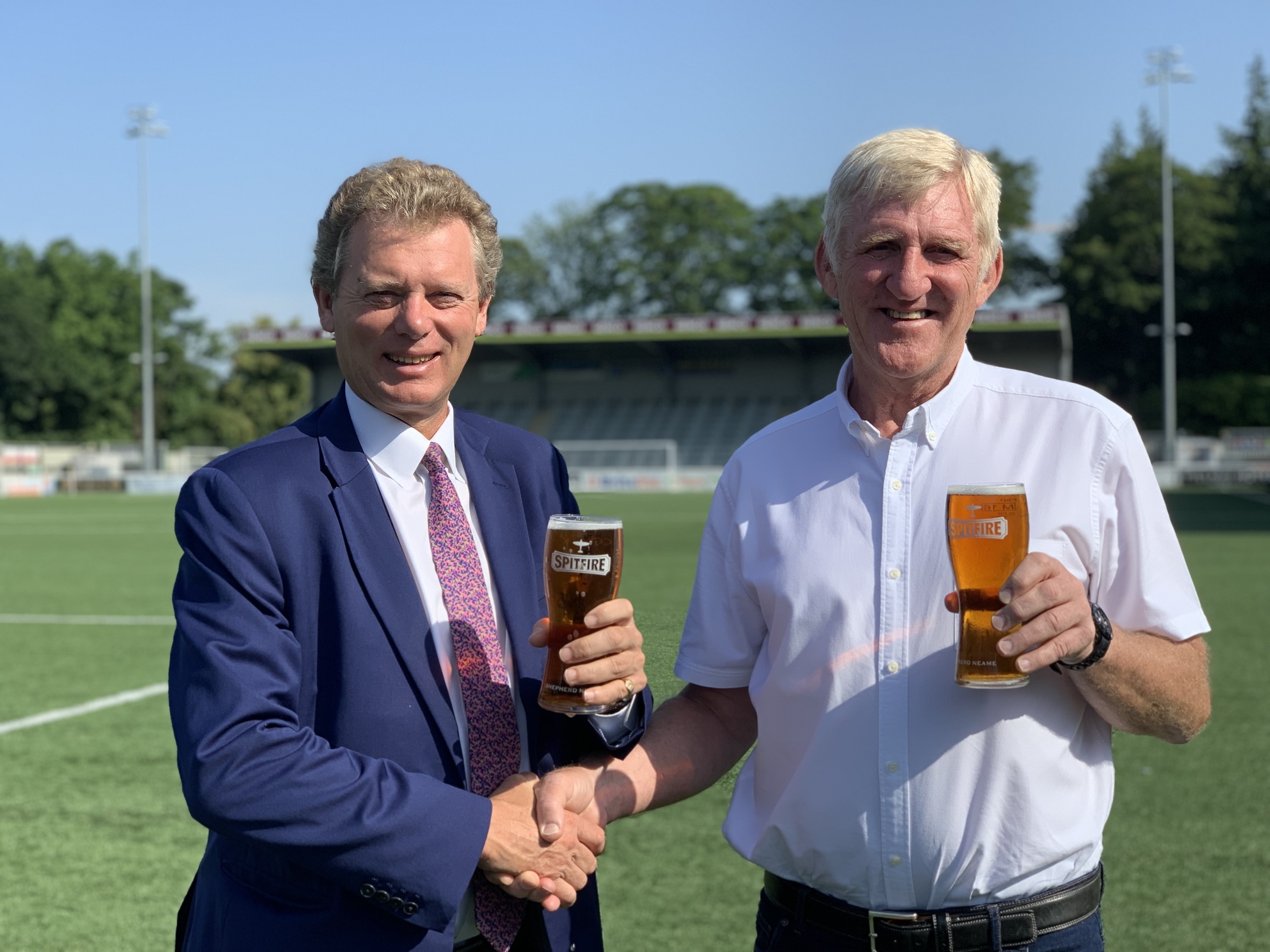 For more information and upcoming fictures, visit the