One of Britain’s best loved beers has been given a stylish new look to reflect the dynamic nature of the brand and the iconic plane that inspired it.

In advance of the full brand roll-out this Summer, the new Spitfire logo is making its debut at the Spitfire St Lawrence Ground Canterbury, home to Kent County Cricket Club and its T20 side the Kent Spitfires. The logo received its first public airing as it was installed on advertising hoardings around the ground this week.

Spitfire brand manager Will Upfield said: “Spitfire is a genuinely classic British brand and with such an iconic name, the new design encapsulates its spirit perfectly. I’m really pleased to share the new logo and look forward to the roll out of the entire brand family this summer.”

The new design captures the brand journey in the outline of the Spitfire soaring through the heart of the logo, its upward trajectory mirrored in the dramatic curve of the label.

Since it was conceived in 1990 as a one-off brew to mark the 50th anniversary of the Battle of Britain, Spitfire has continued to grow and evolve.

Today, Spitfire is an international success, sold in more than 40 countries, carrying a Royal Warrant and the same protected status afforded to Champagne.

Shepherd Neame and Spitfire enjoy a long-standing partnership with Kent County Cricket Club, and the T20 team will also be sporting the new logo on their kit from July onwards.

The full Spitfire branding will be introduced in June this year, when further images of the entire range will be issued. 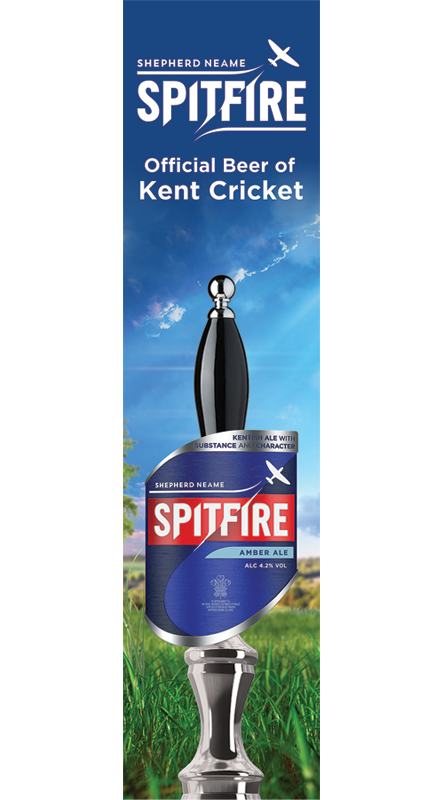