A couple who took on their very first pub celebrated the arrival of their first child the same weekend.

James Dench became the new licensee at Shepherd Neame’s The Bucks Head in Godden Green, Sevenoaks on Friday, May 20, with wife Hope due to give birth any day. But baby Nora Violet didn’t want to miss out – and arrived the following day.

Of the huge undertaking, trained chef James said: “It’s going to be an interesting time for us, but we’re ready for the challenge!”

It may be the first pub for James, 31, but the pair have pub life in their veins. They met as teenagers while working as a kitchen hand and a pot washer at the Duke of Wellington in Ryarsh 15 years ago.

And one of their prized additions to the rural pub will be a last orders bell, given to them by Hope’s grandfather, who used to run Ye Olde Leather Bottle in Northfleet.

The couple, who had been living a stone’s throw away from The Bucks Head in Seal, became first time parents on Saturday, May 21.

James said: “It is daunting doing both at the same time but running a pub is something we have always wanted to do so we will make it work.”

Hope added: “We’re just throwing a baby into the mix! We know lots of people who have grown up in pubs and I think it’s a great way to bring up kids.”

And it seems the local wildlife agree, as a mother duck hatched a brood of nine ducklings on the pond at the front of the pub just as they moved in.

The couple also have a dog, six-year-old Perrita, who they adopted in Panama when they went travelling for a year in 2016.

James said: “We used to walk here with the dog. There are some lovely walks in this area  and the pub is dog-friendly, and we will be continuing that.

“We want to keep the look of the pub and we want it to be really community-led which is really important to us.”

He added: “We always wanted to have a pub. We know it; like it; it is a good pub. We felt we couldn’t turn it down.”

James trained as a chef at Westminster College and worked at several venues in London. Most recently he has been working at nearby Chart Farm farm shop, and he will be getting to work in the kitchen on new menus in the coming weeks.

He hopes to offer quality pub classics to customers and there will be a regularly changing menu.

Following the takeover period, and arrival of their baby, they aim to make small, gradual changes, including improving the community room in the back of the pub for functions and outside groups to use, and later improving the secluded garden at the rear.

Outgoing licensee Helen Paraskevas and husband Michael are retiring to Crete after 18 years. She said: “We have loved the pub but we are ready to retire. It has been a huge part of our lives and it was emotional to say goodbye.”

The Bucks Head will be open Monday, Wednesday, Thursday, Friday and Saturday from 11am to 11pm; 11am to 10pm on Sundays, and will be closed on Tuesdays. You can find the Bucks Head at Park Lane, Godden Green, Sevenoaks, TB15 0JJ. You can find out more at www.bucksheadsevenoaks.co.uk 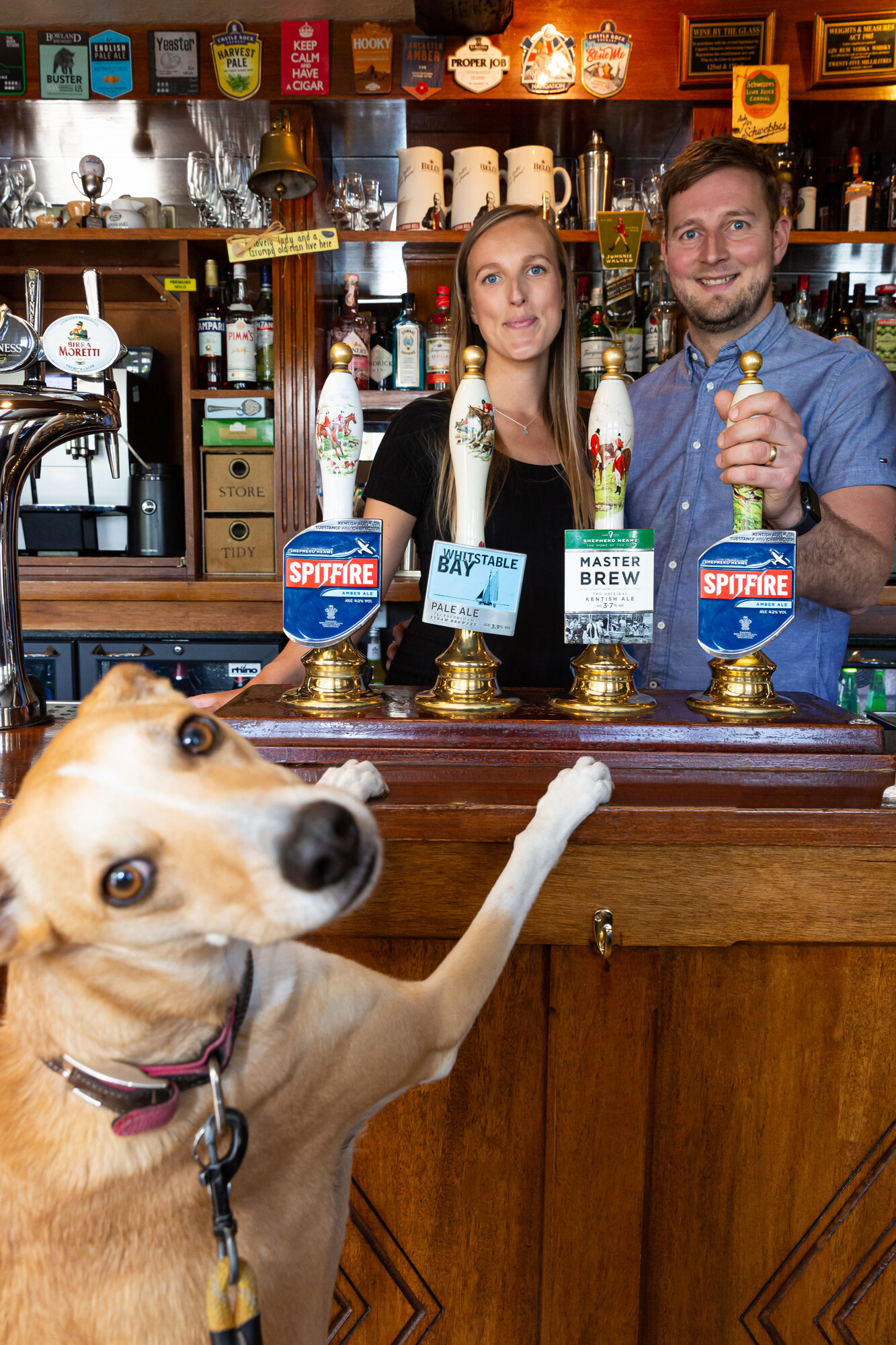